The Rite to Adulthood 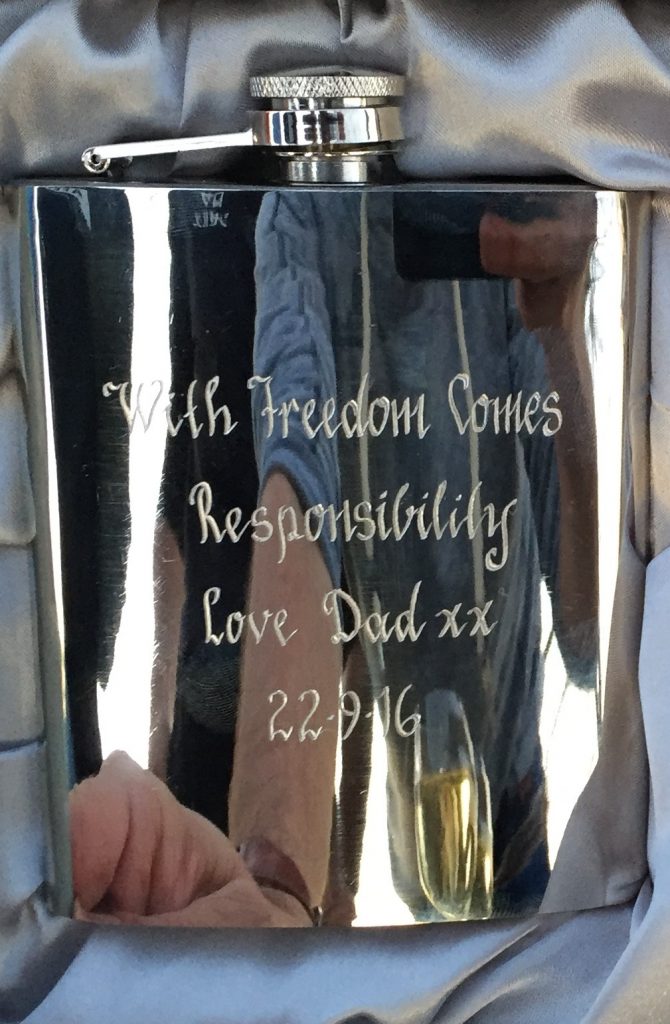 A significant event here in Australia as it heralds the transition, legally, into the adult world.

Once 18, he is afforded every legal entitlement available in our country.

He can legally drink, vote, marry and change his name without my permission.

He can legally get a tattoo, a credit card and a passport without my consent.

He can sign any contract he wants and he will legally be bound by it.

Our law says he is an adult and he no longer needs my permission to do anything.

He is now in control of his life.

But practically, for most 18 year olds, it is often a very different story.

Many of them are not independent at all.

They have not been raised to be that way.

The Advent of Adolescence

In days gone by, 18 year olds had usually left home, were working full time and contemplating marriage and parenthood.  Today, young adults are mostly living at home, financially dependent and relying on parents to provide.

However, it hasn’t always been that way. Traditionally, for thousands of years of human existence, there have been 3 stages of human life: childhood, adulthood and elderhood.

More recently, within the last century, we have seen the evolution of a fourth stage. The first mention was by G. Stanley Hall, often touted as the father of American psychology.  He noted that as the 20th Century progressed, a variety of shifts, including compulsory schooling laws, led to a new stage of life between childhood and adulthood.

Whilst initially this stage just spanned a few years, until 15 or 16, a number of recent shifts have seen adolescence continue well into the 20s.

One of the most inhibiting factors that I see for young adults stepping into responsible adulthood is having parents who are not willing to let go. Terms such as ‘Helicopter Parents’ (hovering around their children making sure everything is ok) or ‘Snowplough Parents’ (clearing the path so there are no obstacles for their children) have become common place styles of parenting over the past two decades.

I frequently notice that in parents’ endeavours to help their children be ‘happy’, ‘successful’ and have a head start in life they often step in and prevent their child from truly being encouraged to be responsible.  This can take many forms, with one example being parents not having expectations around their 18 year old being responsible for or contributing to: household expenses; mobile phone costs; the maintenance and running of their car; household chores, etc.

Anything we do for a teenager that they can do for themselves is robbing them of the opportunity of growing up.

However, the more invasive way I witness parents stifling their child’s transition into adulthood is by choosing to be overly involved in decision-making and forcing advice on their child.

At some stage it is essential that we enable our children by allowing them the responsibility of making decisions around relationships, vocation, lifestyle, etc. rather than disabling them by not giving them the experience of weighing up choices and learning from them, be the outcome successful or not.

Why shield an adolescent from failure when we know it is a much better teacher than success?

In my workshops with parents of young children I explore how we can graduate responsibility over the course of their childhood so that by the time they reach 18 they are capable, responsible, respectful and resilient young adults. However, this can only be achieved with intention and forethought. It requires the planning of numerous moments during a child’s life when they cross a threshold into a new phase of independence.

You can read more about that on The Parenting Plan page.

But at 18, I believe there is a vital process which we, as parents, can offer our children, one that will usher them into a responsible adulthood.

A Parent’s Gift – The Release

I call this process ‘the release’ and it is a gesture that acknowledges a young person’s step into independent adulthood and our ‘step back’, as parents.

It is an intentional moment in which we acknowledge to our 18 year old that we won’t choose to force our opinions or thoughts onto them any longer but that we will be here for them if they would like to seek advice.

It is an empowering gesture that provides them with space to grow rather than restricting them or causing them to be overly worried about pleasing parents.

It is a choice to own ‘our stuff’ as parents and not to burden our adult children with it.

There are a number of ways that such a moment might look but two important elements of the process are some form of public declaration of our intention and a token of the moment.

Last week, as Malachi turned 18, it was time to offer him this process.

I had spent some time considering the token I would give him to acknowledge this moment of transition into the freedom and responsibility of adulthood and decided upon two gifts.

The first was something he could wear that would be a symbolic reminder of this moment and my commitment.  I decided upon a leather and silver wristband.

The second was a keepsake that reflected the combination of freedom and responsibility that comes with adulthood. For this I chose a hip flask.

As we gathered together for a family celebration dinner, Malachi was surrounded by his siblings, grandparents, auntie, uncle and cousins.  And as the sun began to set over the vines on our property, I spoke. 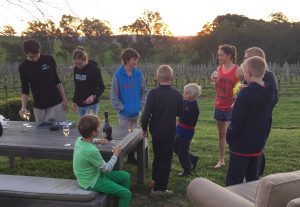 “Malachi, as the sun sets on your birthday, we take a moment to reflect on the years of your childhood that have brought you to this point and we acknowledge the completion of this stage of your life.  As with all endings there comes a new beginning. A welcome.

We want to take this moment to welcome you into adulthood. We all join together this evening to celebrate your life, the beauty and wonder of who you are and how you be.

We acknowledge that with legal adulthood comes a whole host of freedoms but that these come with reciprocal responsibilities.

To symbolise this, we have a gift which reflects the freedom you now have to legally drink alcohol…but in giving you this we acknowledge that, as with many adult liberties, it comes with a responsibility to do so with thoughtfulness and care to yourself and others. 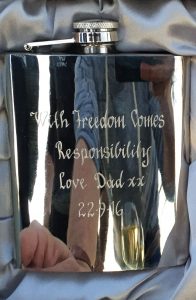 As your dad, I also want to acknowledge that as you turn 18, you legally are now a fully fledged adult.  You have every legal entitlement that I have. And again, with this responsibility it is time for you to step fully into adulthood. Throughout your childhood I have endeavoured to teach you right from wrong, to surround you with adults who love and respect you, to graduate you into responsibility and to model, as best I can, what a good man looks like.

Now it is over to you.  Whilst you are still living at home there will continue to be expectations that you contribute as a member of this household and family,

To symbolise this I am giving you a wristband. 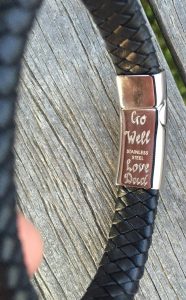 The braided leather symbolises both the interwoven nature of life and the strength that comes through relationship with others.  The black of the leather contrasts with the gleam of the silver symbolising the importance of both the dark moments in life, which are important and formative and the bright moments in life, which are also important and formative.  And as the inscription says…Go Well.

Malachi, we love you dearly and join together as a family to celebrate with you, and release you into this wonderful world of adulthood.” 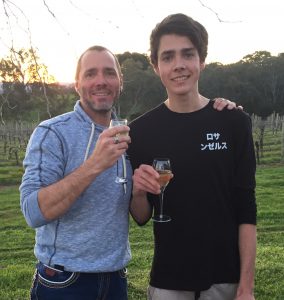 And in that moment, with a tear in my eye and a deep sense of pride, I put my arms around my son, with whom I was well pleased.